“Joel Meyerowitz is a contemporary American photographer. Notable as one of color photography’s earliest advocates, he was among the first to create successful color compositions. Meyerowitz’s work is primarily composed of large-format street photographs, capturing fleeting moments of quintessentially American life, culture, and political unrest. Speaking about the role of street photographers in 20th-century art, he observed that “the thought for us was always: ‘How much could we absorb and embrace of a moment of existence that would disappear in an instant?’ And, ‘Could we really make it live as art?” There was an almost moral dimension.” As the only photographer allocated unrestricted access to Ground Zero in Manhattan, he memorably photographed the residual aftermath of the 9/11 terrorist attacks, producing an important archive of photographs of the tragedy. Born in the Bronx of New York, NY on March 6, 1938, he went on to graduate from Ohio State University in 1956 and receive widespread acclaim for his work, including being twice named a Guggenheim Fellow, as well as being awarded a Centenary Medal and Honorary Fellowship from the Royal Photographic Society in 2012.” 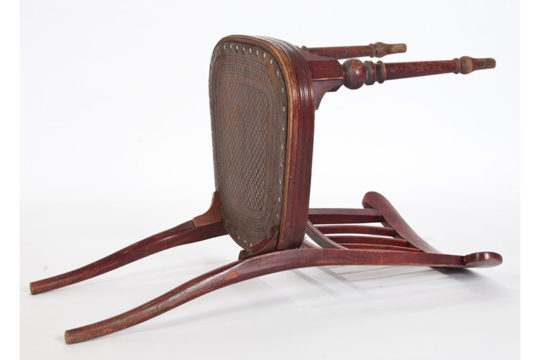 “Vienna based artist and designer Helmut Palla transforms found furniture into unusual pieces of art. Palla has been collecting various objects for many years, reconfiguring them in his studio. One of the main themes in his work is furniture and its functionality. while all his works use elements from furniture pieces, many do not function… 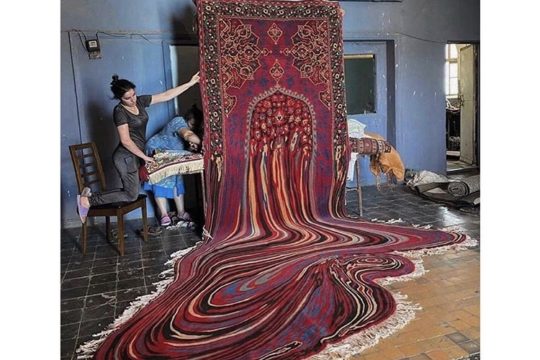 Faig Ahmed distorts the patterns of traditional Azerbaijanirugs, dismantling their structure in order to build compositions that trick the eye by appearing to melt off the wall. By rearticulating the original design, he creates contemporary sculptural forms that look like digital glitches, patterns flatlining halfway through a tapestry or gradually morphing into a digital mosaic…. 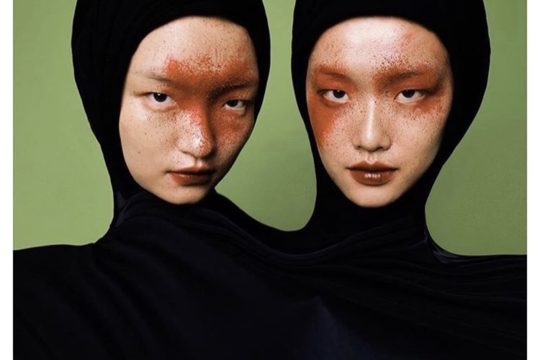 Artist Zhong Lin has been making the most of this sudden excess of time. In April, she announced a new project: to create a new visual every single day for the next 365 days. For anyone who’s been in lockdown and has been feeling subjected to a paralysing pressure to be productive, to self optimise,…